Deposition of the Wife of Captain Isaac Davis 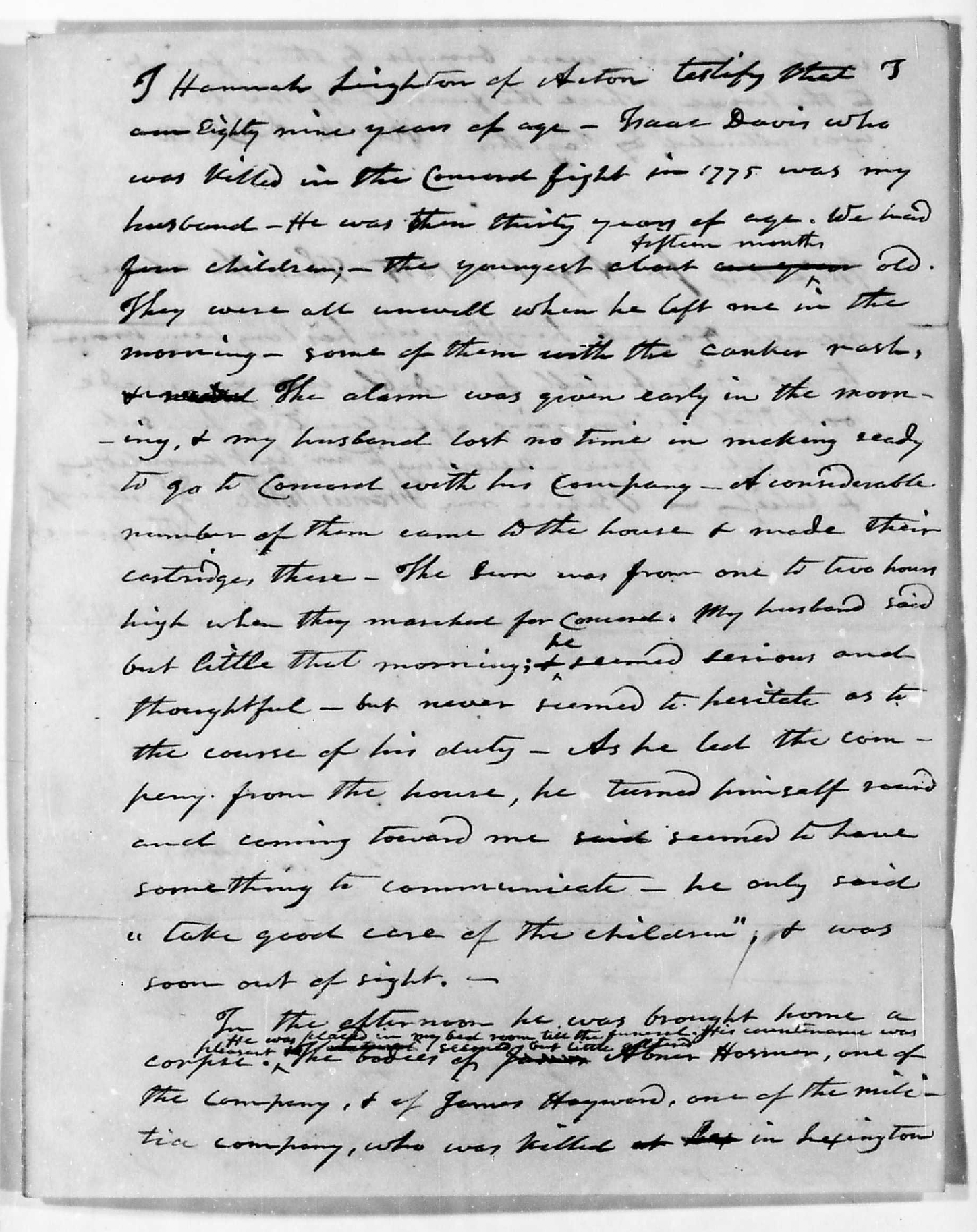 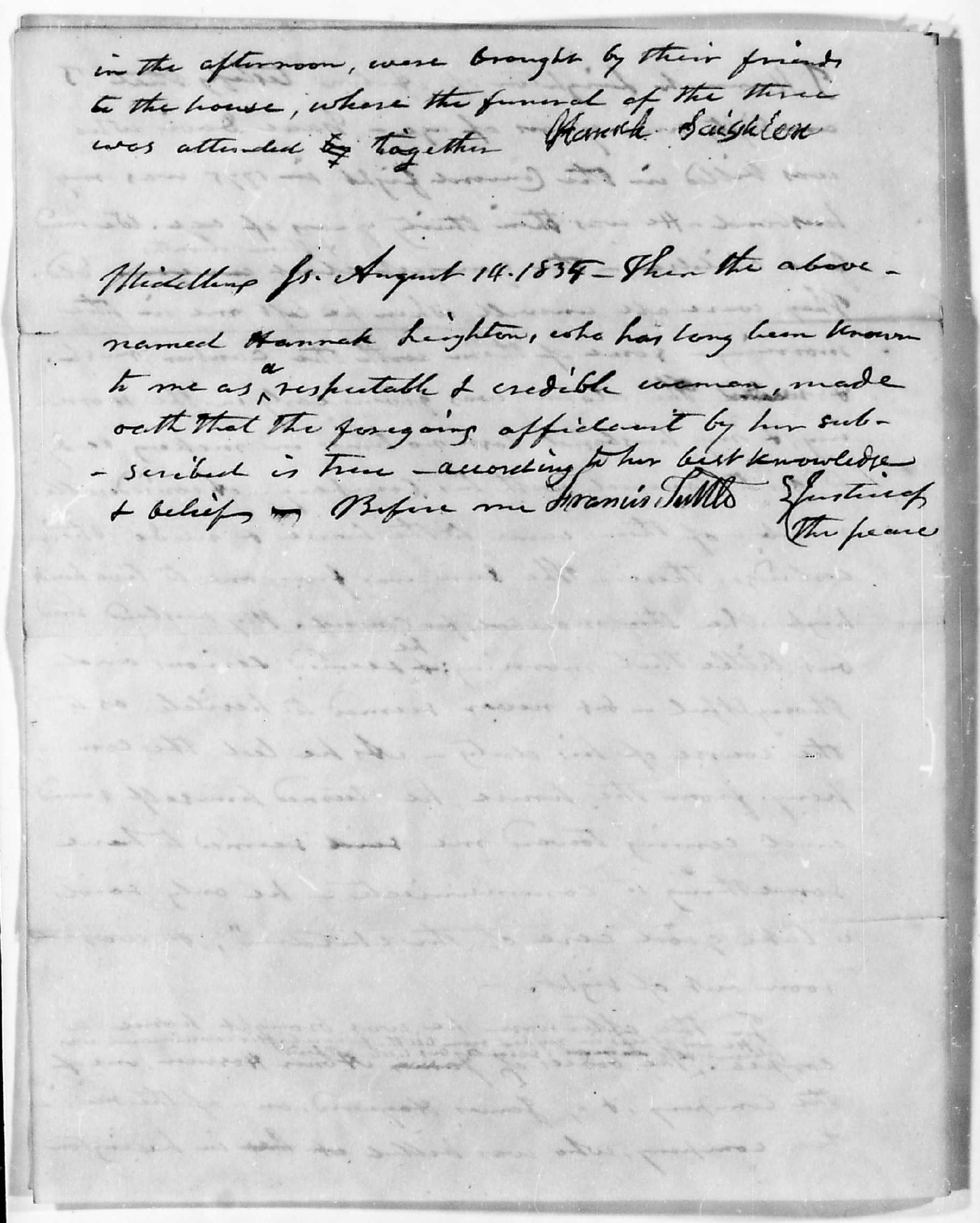 I Hannah Leighton of Acton testify that I am eighty nine years of age. Isaac Davis who was killed in Concord Fight in 1775 was my husband.  He was then thirty years of age. We had four children, the youngest about fifteen months old.   They were all unwell when he left me in the morning some of them with the canker rash.  The alarm was given early in the morning and my husband lost no time in making ready to go to Concord with his company. A considerable number of them came to the house and made their cartridges there. The sun was from one to two hours high when they marched for Concord.  My husband said but little that morning. He seemed serious and thoughtful but never seemed to hesitate as to the course of his duty. As he led the company from the house he turned himself round and seemed to have something to communicate. He only said "take good care of the children" and was soon out of sight.

In the afternoon he was brought home a corpse. He was placed in my bedroom till the funeral. His countenance was pleasant and seemed little altered. The bodies of Abner Hosmer, one of the company, and of James Hayward, one of the militia company who was killed in Lexington in the afternoon, were brought by their friends to the house where the funeral of the three was attended together.   [signed] Hannah Leighton

Middlesex Co. August 14, 1835 Then the above named Hannah Leighton, who has long been known to me as a respectable and credible woman, made oath that the foregoing affidavit by her suscribed is true according to her best knowledge and belief.

Before me Francis Tuttle, Justice of the Peace