Douglas Students Present "If Our Library Could Talk"

If Our Library Could Talk: A Brief History of Acton Memorial Library 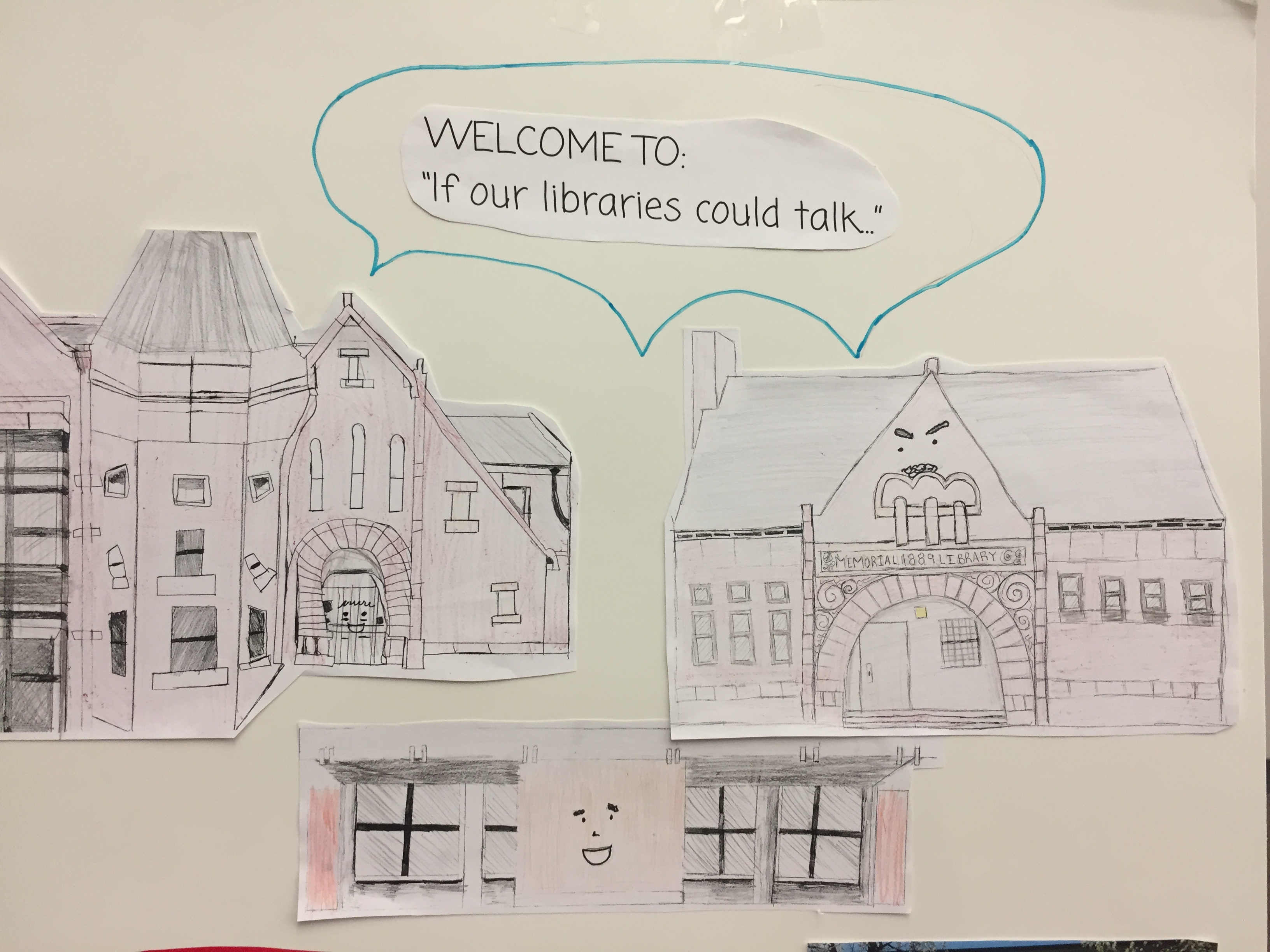 “If Our Library Could Talk” is a documentary-style video written and performed by sixth graders of C.T. Douglas School. In the video, Acton Memorial Library comes alive, speaking to the audience of events and forces that have influenced its 129-year history. Who was the library’s founder? To whom is it a memorial? How has technology shaped the library over the years?

The script was collaboratively produced by the sixth graders of Room 17, Douglas School as part of an Exhibitionary Learning project. Students used primary sources including correspondence, newspaper articles, brochures, photographs and observations of the building itself as they researched the library.

Originally performed as a dramatic reading to an audience of family, students and school staff, the script was adapted into video format. The student-narrated video is accompanied by photos and archival images, and brings the story of Acton Memorial Library to a wider audience.  The video was shown to a live audience at the Memorial Library on May 2, and is now available for public viewing on Youtube, at  https://youtu.be/yTtITZZ2xso.