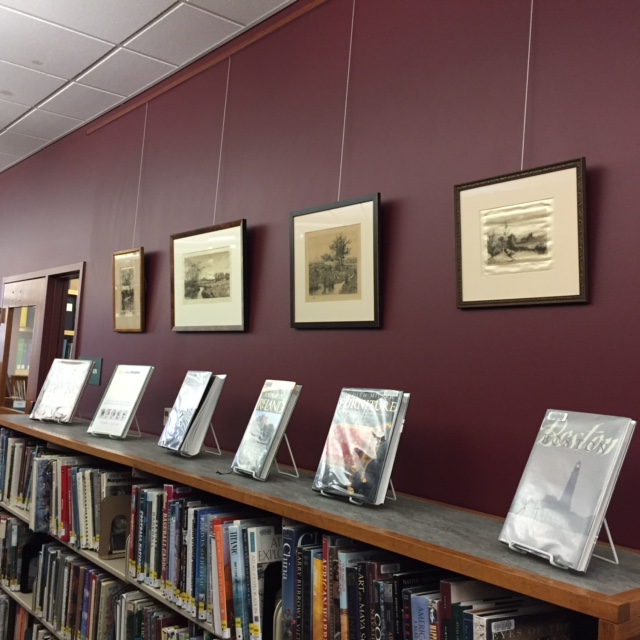 The library has acquired by gift, four new landscape etchings by Acton artist Arthur F. Davis (1863-1953), two of which are on silk.  Davis was a prolific artist, leaving a rich visual record of the Acton environs in the early part of the century.  He also painted vividly imagined historical events, such as Minute Men Leaving the Home of Captain Isaac Davis. Many of his paintings and etchings are on display in the library, where Davis served as Librarian for 43 years (1902-1945).  The four new acquisitions can be viewed on the upper level of the library, on the wall over the Oversize Collection.

Art in the Library